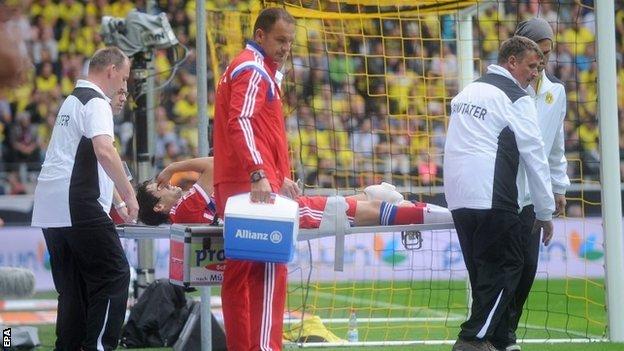 Bayern Munich midfielder Javi Martinez will be out until the New Year after injuring his knee in the German Supercup defeat by Borussia Dortmund.

The Spain international, who can also play as a defender, ruptured his left cruciate ligament during the first half of Bayern's 2-0 loss.

"Obviously I'm extremely sad at this moment," the 25-year-old said as he prepared to fly to the United States for surgery.

"I'll come back even stronger."

Martinez, who cost Bayern £32m from Athletic Bilbao in 2012, missed more than a month of last season when he injured his groin in the Uefa Super Cup game against Chelsea.