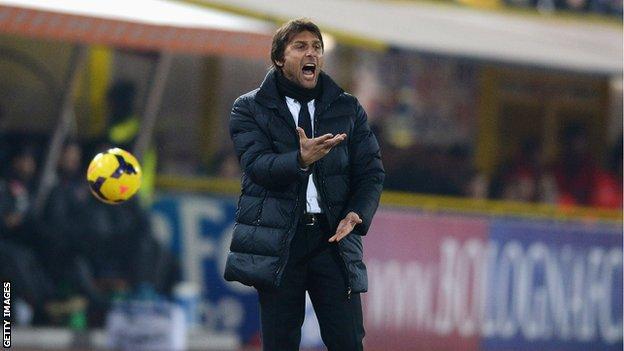 Italy have appointed former Juventus boss Antonio Conte as their new coach until 2016.

Cesare Prandelli resigned as Azzurri coach after they were knocked out in the World Cup group stage.

Former Italy midfielder Conte, 45, quit as Juventus boss last month, having won the Serie A title in each of his three seasons in charge.

He has also managed Bari and Siena to promotion from Serie B, as well as having spells at Arezzo and Atalanta.

The Italian Football Federation said in addition to his salary, Conte would receive a bonus for qualifying for Euro 2016, an added bonus for climbing at least five places in the Fifa rankings - Italy are currently 14th - and a third bonus if they reach the final of Euro 2016.

Conte is the second big appointment by the Italian Football Federation this week.

Carlo Tavecchio, who made a racist comment during his election campaign, was named as its new president.