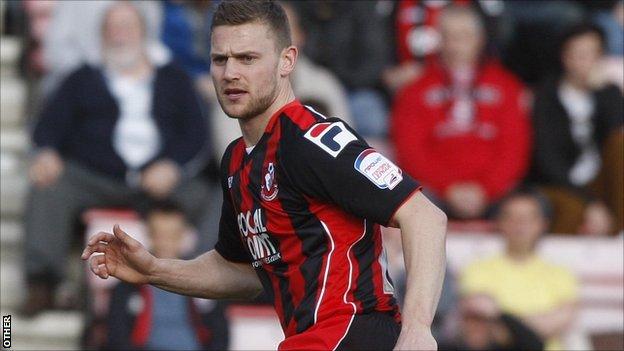 The 29-year-old was the subject of a failed bid by Championship rivals Derby this summer.

And Francis, who joined Bournemouth in November 2011, says he is delighted to be a part of the Cherries' project.

"We spoke about a new contract over the summer, the gaffer felt it was the right time to reward me with a new deal and it didn't take long to discuss," Francis told BBC Radio Solent.

Francis signed from Charlton, initially on loan before making the deal permanent in January 2012, having begun his career at Bradford and he played 50 times for Eddie Howe's side last season.

"It's a big one for me," he added. "Having signed a new contract at the start of last season it was down to me to prove myself in the Championship and I feel myself and the team have done that and I've been rewarded with a contract extension and I'm delighted."

The right-back, who is from Nottingham, admitted to being distracted by the interest from Derby in the summer but says he is fully committed to the cause at Dean Court,

"It was difficult for me not to be aware of the interest," he said.

"Derby are a club close to my home but it never amounted to anything as the bids they made were nowhere near the club's value for me and that's absolutely fine.

"If a club like Bournemouth are valuing me highly then that means they rate me and want to keep me and I was more than happy to stay."