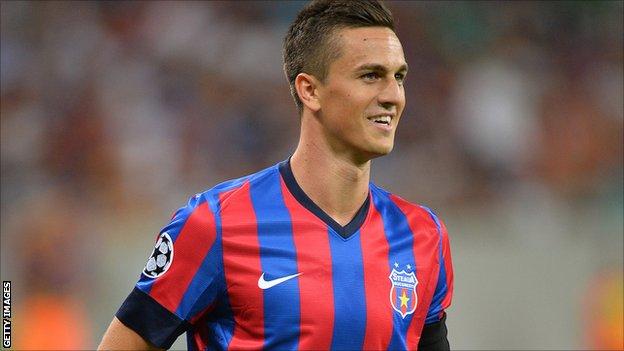 Southampton have completed the signing of Steaua Bucharest defender Florin Gardos on a four-year deal.

Gardos, 25, arrives for an undisclosed fee, reported to be around £6m, and becomes Southampton's second signing of the day following the arrival of Hull City striker Shane Long.

"This is one of the happiest days of my life. It's the biggest step of my career so far," Gardos told the club.

"Coming to the Premier League is a very big occasion for me, and Southampton was a team that had a really good last season so this wasn't really a hard decision.

"I've had a very good first impression of the club. There's a very big difference between what I had back home and what is here.

"I've always said that coming to the Premier League would be a dream come true, and luckily I've been able to achieve that dream now."

The centre-back, who has 12 caps for his country, will provide competition for Jose Fonte, Maya Yoshida and Jos Hooiveld.