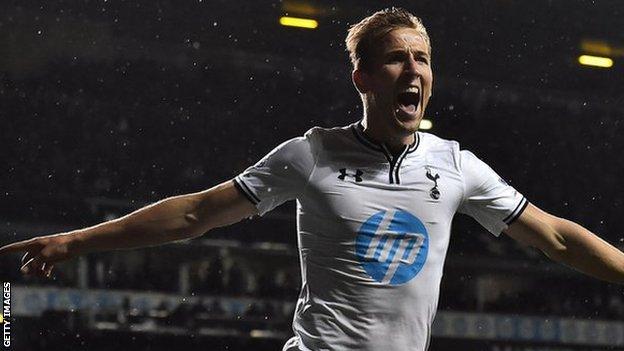 The England Under-21 player will offer competition up front for Spurs manager Mauricio Pochettino.

Meanwhile, Pochettino says he will not be commenting on transfer speculation about Southampton midfielder Morgan Schneiderlin, 24.

"It is not my style to speak about a player from another club," said the former Saints boss.

He will hope to make his mark in a squad Pochettino has bolstered over the summer with signings, including keeper Michael Vorm and defender Ben Davies.

"I think we have an unbelievable squad," said the Argentine. "We know we need time to improve our new system, our new philosophy, but we are very happy at the moment."

Ahead of Saturday's opener at West Ham, Pochettino needs to check on the fitness of midfielder Paulinho after he returned late from World Cup duty with Brazil.

But he should have Andros Townsend available after the England winger missed the World Cup with an ankle problem.

"We need to analyse some players because they arrived late and we need to improve their physical condition," added Pochettino.