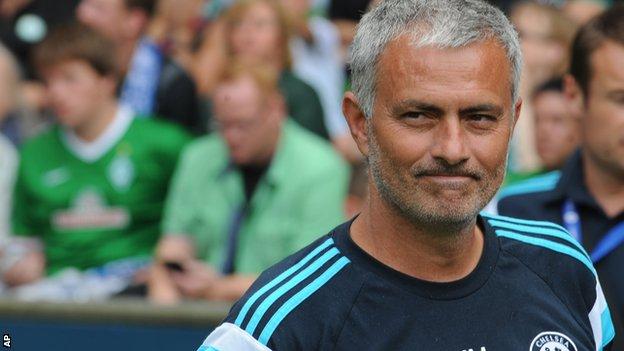 The Blues manager frequently played down his side's chances in the 2013-14 race title race, saying they were a "little horse".

Midfielder Cesc Fabregas and striker Diego Costa were brought in this summer for about £60m, while Didier Drogba returned to the club he left in 2011.

"We have bought some key players and we believe," said Mourinho.

Saying that his summer transfers added a "new dimension", the Portuguese added: "Yes, we are a title contender. If you want me to say we will win the league I can't, because I respect this competition."

Last season also saw Mourinho, 51, sent off twice as well as being fined £10,000 by the Football Association for comments about referee Mike Dean after the Blues' defeat by Sunderland.

But ahead of the start of Chelsea's new campaign at Burnley on Monday, the 51-year-old said he had no problem with footballing authorities.

"It's easy to say they had a run-in with me, not me with them. You should ask them,"