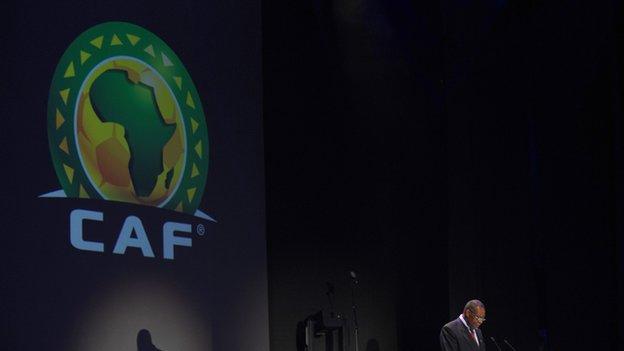 Lesotho have forfeited their place in the African Under-20 Championship after they were unable to travel to Nigeria to play in a qualifier on Saturday, because of fears over the Ebola virus.

The Lesotho government put a travel ban in place for people arriving from areas with Ebola cases, which prevented the team from leaving the capital Maseru for Nigeria.

Caf stressed that Lesotho have forfeited the match and consequently their place in the competition.

It means Nigeria qualify for next year's African Under-20 Championship finals in Senegal.

Lesotho were due to play Nigeria in Kaduna on 16 August, but the hosts were handed a 3-0 'walkover' win by the Senegalese match officials.

Last week, Lesotho FA general secretary Mokhosi Mohapi told BBC Sport they were still hopeful the fixture could take place, saying they would not be "forfeiting this game without a fight."

But their hopes have been dashed by the continent's governing body Caf.

So far there have been three confirmed deaths from Ebola in Nigeria, with all of the cases linked to the death of a Liberian visitor to Lagos on 25 July.

The outbreak has claimed the lives of more than a thousand people, mainly in Sierra Leone, Guinea and Liberia.