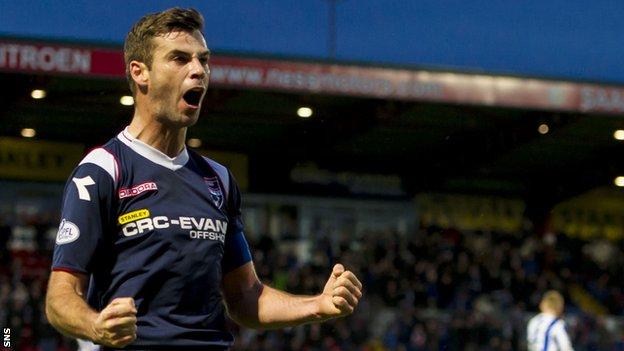 The 30-year-old, who made 132 appearances for the Staggies, helped the club secure top-flight promotion in 2012.

Kettlewell scored nine goals during his time in Dingwall and leaves County following the expiry of his contract.

"I'm delighted with how well he has done for my club over a number of seasons," said County boss Derek Adams.

Kettlewell had an operation on a hip injury earlier this year and Adams wished the midfielder well for the future.

"Stuart was out of contract at the end of last season," said Adams. "A month before that he had an operation.

"We've looked after him as best we can over his rehabilitation, getting him back to fitness, and now he's going to move onto the next chapter in his career wherever that may be.

"He has been a part of the success we've had, but sometimes you just have to move on and go in a different direction."

Kettlewell, who came through the ranks at Queen's Park, joined County from Clyde in 2009.