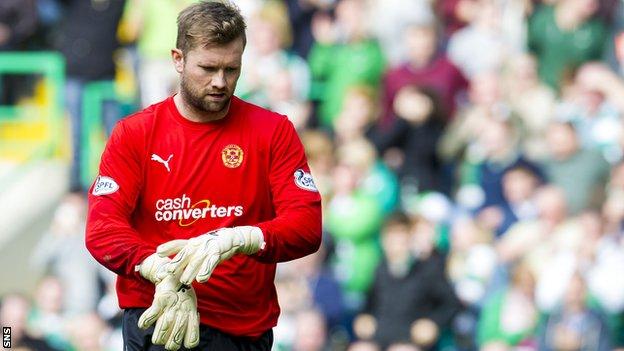 And Gallacher twisted his ankle in training, making him a doubt for Sunday's Edinburgh derby with Hibernian at Tynecastle.

Hollis, 28, spent four seasons at Well after a six-year spell with Airdrie.

He became a free agent after leaving Motherwell this summer.

"I said earlier in the week that we would be looking at the situation after Neil's injury," Hearts head coach Robbie Neilson told his club website.

"Lee's an experienced goalkeeper and has spent the last few seasons with Motherwell and has played in Europe for them."