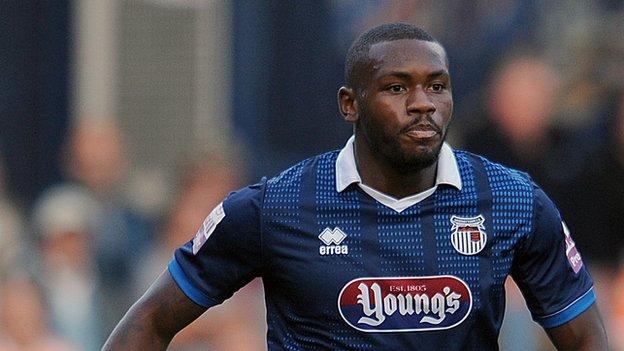 Grimsby were gifted their first, when Craig Baxter's backpass evaded keeper Alex Baird and rolled into the net.

Neilson made it 2-0 from 25 yards and, after John-Lewis fired in a third, struck again after the break.

Marcus Maddison then pulled one back for the hosts before Craig Disley's header and John-Lewis's second in added time rounded off a fine win.

"This is a difficult place to come, forget about the scoreline, but we came with a game plan and I have to say the first three goals in particular came from that.

"It's always pleasing when something works that you've worked on during the week.

"From our point of view, I was perhaps a little disappointed with some of our defending and giving up chances."