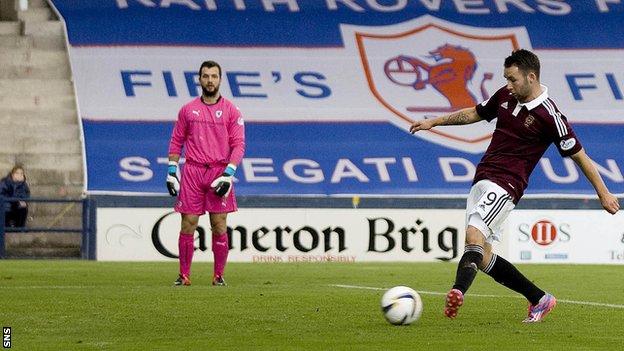 James Keatings scored a hat-trick as Scottish Championship leaders Hearts made it three wins out of three by beating Raith Rovers.

The former Hamilton player netted twice before the break, slotting home from 12 yards and then beating two men to fire his second.

And the 22-year-old completed his treble with a free-kick.