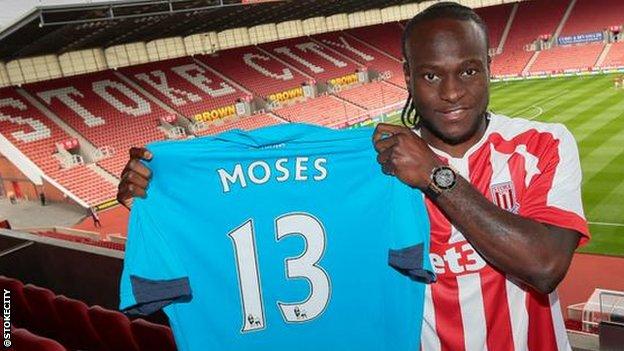 Moses joined Chelsea from Wigan for £9m in August 2012 but has featured rarely since Jose Mourinho returned as manager at Stamford Bridge.

"We are delighted to have secured the services of such an exciting young talent in Victor," said Stoke chief executive Tony Scholes.

"He will certainly add to our attacking options and from talking to him it's obvious that he's really excited about the prospect of making an impact in the Premier League with Stoke City."

Moses could make his Premier League debut for the Potters against Hull at the KC Stadium on 24 August.