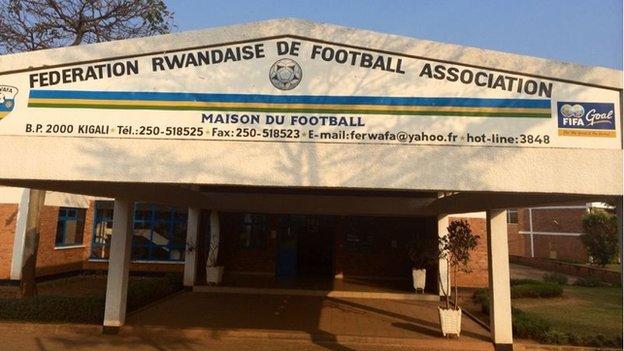 Rwanda will appeal against the decision to disqualify them from the 2015 Africa Cup of Nations qualifiers for fielding an ineligible player.

The country's football federation has confirmed to BBC Sport it is ready to file its appeal and is willing to take the case to the Court of Arbitration for Sport.

Rwanda were expelled from the competition on Sunday by the Africa Cup of Nations organising committee.

The ruling followed a protest made by the Congolese Football Federation regarding the eligibility of Rwandan player, Birori Dady, who they claimed plays for AS Vita Club using a Congolese passport as Etekiama Agiti Tady, and with a different age.

Dady featured in the first leg of the second round qualifier between the two nations last month in Pointe-Noir.

A subsequent Confederation of African Football (Caf) investigation looked at documents provided by the federations of Rwanda, Congo and DR Congo and also heard a testimony from the player on 11 August at the body's headquarters in Cairo.

While Rwanda maintained that to their knowledge the player Dady Birori had one identity, investigations revealed that he was summoned as Etekiama Agiti Tady to join their national team.

Caf established that the player has passports in two names and two ages and that the two identities referred to a single person.

The body therefore suspended the player until further notice and has banned him from playing for both his club and Rwanda.

Rwanda had beaten Congo on penalties over two legs to reach the group phase but it is the beaten side who now progress to Group A of qualifying for Morocco 2015, where they will meet Nigeria, Sudan and South Africa.

Caf has reserved the right to comment on whether it will impose additional sanctions at the next meeting of the Organising Committee scheduled for 17 September 2014.

African football's ruling body has also urged other "players and stakeholders to regulate the situation of dual identity."