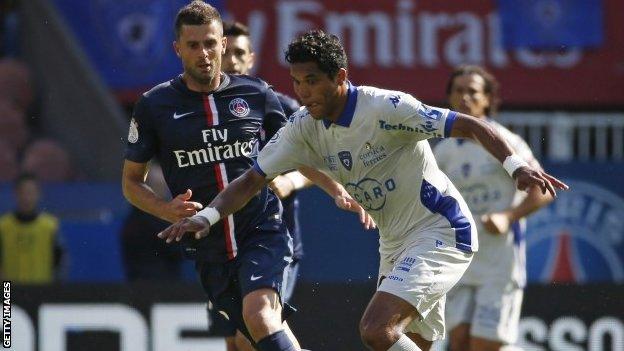 PSG called for the 34-year-old Brazilian to be banned for life after he appeared to wait for Motta in the tunnel after the game and attack him.

Bastia have condemned their player and say they could take action.

Ibrahimovic has a rib injury, while Van der Wiel fractured a vertebra after "a knee in the back from the Bastia player Brandao", PSG revealed on Sunday.