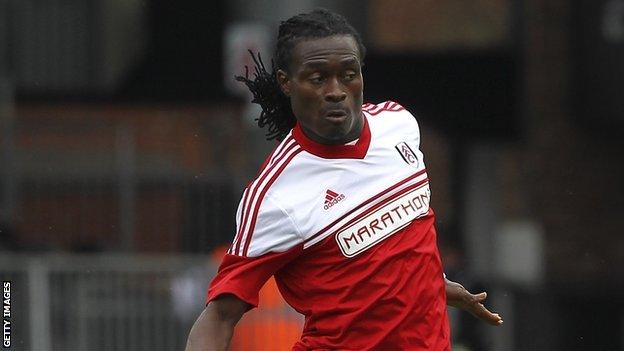 Ghanaian midfielder Derek Boateng has been unveiled by SD Eibar on Tuesday, completing his move to the Spaniards.

The 31-year-old, who played for Ghana in the 2006 and 2010 World Cups, joined as a free agent only 24 hours after his contact with Rayo Vallecano ended.

Boateng did not play a game for Rayo after joining from Fulham in June as he was deemed surplus to requirements just two months after his arrival.

He has signed a one-year deal with newly-promoted Eibar.

"I am very happy to play in La Liga and I want to give my best," Boateng said.

However, he admitted that the club has "a lot of work to do" and must "fight against relegation with humility and be aware of its limitations".