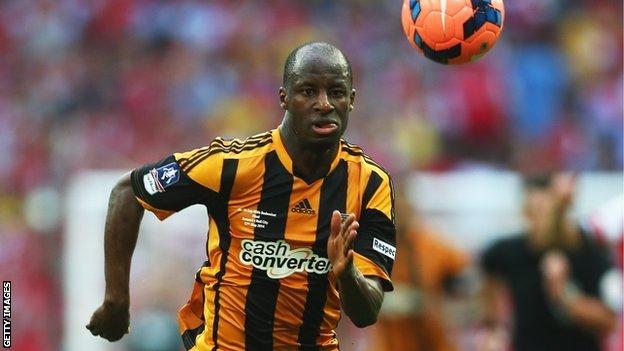 Nigeria have named a 23-man squad for their upcoming Africa Cup of Nations qualifiers despite not having a coach.

Sone Aluko wins his first call-up in more than two years for the matches against Congo on 6 September and South Africa four days later.

The Nigeria Football Federation (NFF) picked the players as talks continue for Stephen Keshi to return as coach.

"It is right for us to alert the players and their clubs," NFF spokesman Ademola Olajire told BBC Sport.

"These are crucial games and qualifying for the African Cup of Nations is the focus right now because defending the African title starts in September with the qualifiers."

Germany-based Chinedu Obasi also returns but veteran duo Shola Ameobi and Peter Odemwingie have been omitted from the list, which also include five players from the local league.

The NFF are hoping to finalise talks with Keshi as soon as possible, according to board member Deji Tinubu.

Keshi and the NFF have been in negotiations since June but delays have been cause by problems the federation has faced, including the sacking and the Fifa-ordered reinstatement of the NFF president Aminu Maigari.

However, Keshi told BBC Sport he "cannot wait much longer", adding "it should only take the 24 hours or 48 hours to agree a contract, this is taking too much time".