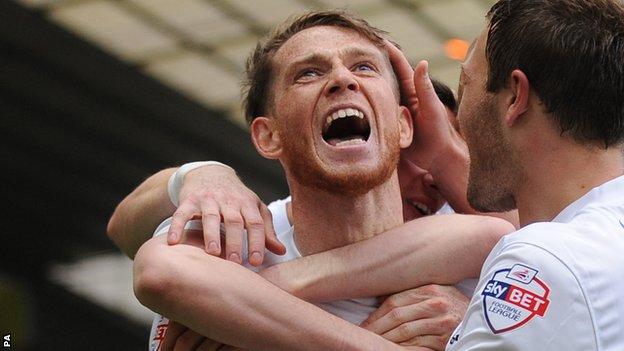 Preston North End striker Joe Garner has signed a new deal extending his contract until the end of the 2016 season.

The 26-year-old enjoyed a prolific season in 2013-14, scoring 24 times as the Lilywhites finished fifth in League One.

He has started the 2014-15 campaign in similar fashion, scoring three times in the club's first two league fixtures.

Garner moved to Deepdale in January 2013 after being released by Watford.