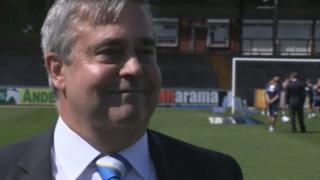 The Pirates were relegated from the Football League for the first time in their history in May and they have struggled to adjust to life in the Conference, picking up one point from three games.

But Higgs has urged the club to get behind manager Darrell Clarke and the team, as they look to turn around their form.