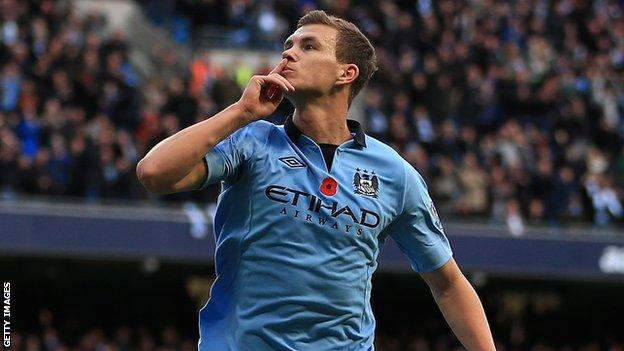 The 28-year-old joins Sergio Aguero, Samir Nasri,Aleksandar Kolarov, Vincent Kompany and David Silva in committing their futures to the club.

"Over the last three and a half years we've made history together, but I feel like we are only at the start of something really special," Dzeko said.

"I'm really happy here at City, it's a second home to me."

Dzeko has scored 46 goals in 109 Premier League appearances since joining City from Wolfsburg in January 2011.

He played for Bosnia-Hercegovina at the World Cup in Brazil in the summer, scoring against Iran.

"There are still so many objectives and goals that I want to reach from my career in the game and I believe that I am in the perfect place to achieve them all," he added on City's website.