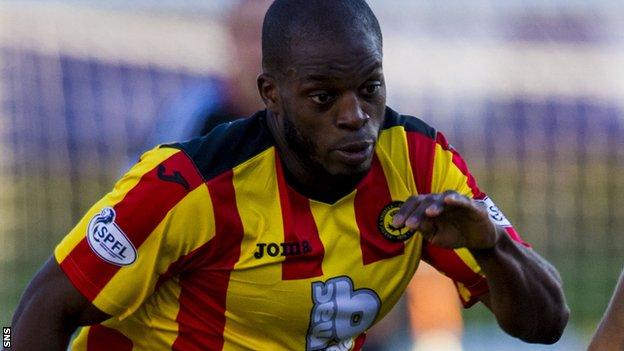 St Mirren have signed 28-year-old English midfielder Isaac Osbourne, who was released by Partick Thistle in the summer.

Osbourne had been training with the Buddies over the last week and has secured a one-year contract.

He made 14 appearances during an injury-curtailed season for Thistle after leaving Aberdeen.

Birmingham-born Osbourne started his career with Coventry City and spent time on loan to Crewe Alexandra.

He spent two seasons with Aberdeen, making 53 appearances for the Dons, but left Pittodrie citing homesickness as his family remained in England.

However, Osbourne has now joined his third Scottish Premiership club.

He becomes St Mirren's second signing of the week following the arrival of winger Adam Drury from Manchester City on a season-long loan.

Osbourne's younger brother, Isaiah, who had a spell with Hibernian, was also released this summer, by Blackpool.