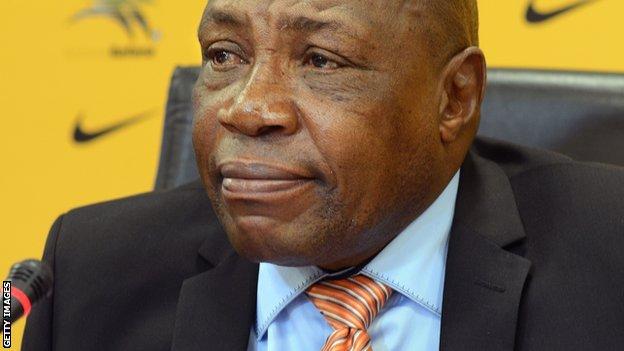 Ajax midfielder Thulani Serero is a surprise omission from the 25-man group, while Siphiwe Tshabalala and Bernard Parker are injured.

Rivaldo Coetzee, 17, is in despite only six appearances for Ajax Cape Town.

Masahaba said: "It is very interesting to select the national team players, but there is also the difficult side of it, especially at this level where there are several very good players in different positions. There is huge talent in this country.

"The young players we have selected as part of a long-term vision.

"But we also looked at current form, and some players are unfortunate not to be part of the squad because they are talented but they don't have the momentum yet as the league has just started."