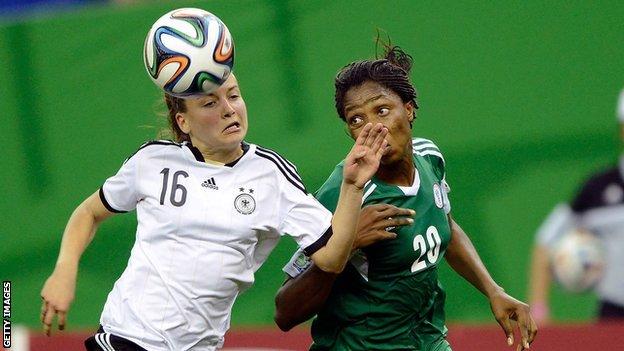 Nigeria suffered a 1-0 loss to Germany in the Under-20 Women's World Cup final in Montreal, Canada.

Despite dominating the match for long periods, Nigeria were unable to find a way through their opponents.

They fell to a goal by Lena Petermann, who slotted in from six yards in the eighth minute of extra-time.

Nigeria coach Peter Dedevbo said: "We had enough opportunities to win this match in the first half alone. But while we had chances and didn't take them, Germany had one chance and took it. That's the nature of football.

"I've not spoken to the girls yet but I will tell them to take this defeat hard and learn from it because we lost this game due to tactical indiscipline.

"We had a great opportunity to win a World Cup with the chances we had in the first half, but we threw that chance away. Be that as our may, we did our best to redeem Nigeria's image."