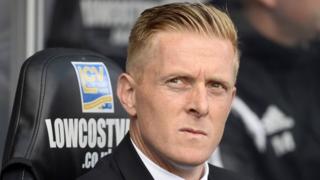 Attitude is key for Swans - Monk

Nathan Dyer scored the only goal of the game, with Clarets goalkeeper Tom Heaton failing to keep out his low shot.

The Swans are now up to second place having taken maximum points from their first two games after their opening day 2-1 win at Manchester United.