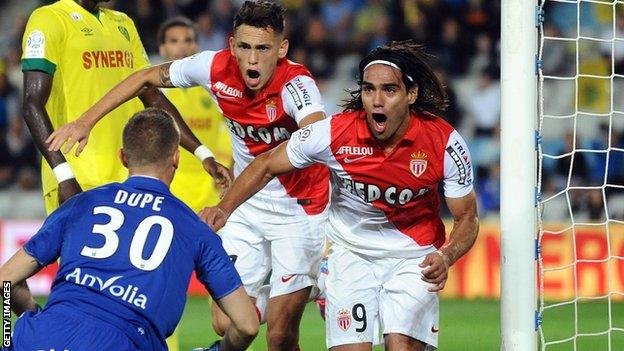 Monaco goalkeeper Danijel Subasic gave away a penalty midway through the first half but saved Serge Gakpe's spot kick.

The visitors had to use taxis to get to the ground after their bus broke down.

Monaco, who sold World Cup top scorer James Rodriguez to Real Madrid in July, had lost their opening two Ligue 1 encounters and rode their luck at times in Nantes.

They are 17th in the table, which is led by Bordeaux after Saturday's 3-1 victory at Nice made it three wins out of three.