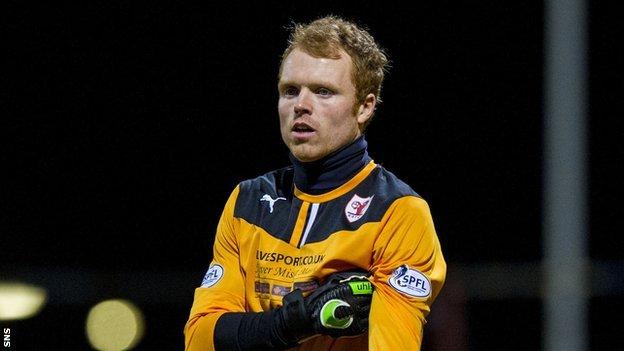 Goalkeeper Lee Robinson has agreed to rejoin Rangers until the end of the season.

Robinson left Rangers in 2009 after making just one first-team appearance as a substitute, moving to Kilmarnock and then Queen of the South.

He had a brief stint in Sweden with Ostersunds before he helped Raith Rovers win the Challenge Cup in April.

"It's a no-brainer for us, with the doubt hanging over Cammy," said manager Ally McCoist.

"We certainly couldn't take the chance with just having the one goalie in Simonsen.

"We are still working away and are really keen to get possibly another addition to the squad.

"It would be great, it would give everybody a boost. We are still trying."