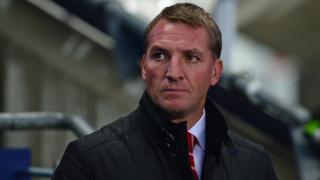 Liverpool manager Brendan Rodgers says Mario Balotelli, a £16m signing from AC Milan, is a "risk worth taking" after the striker watched his new side's 3-1 defeat at champions Manchester City.

The Reds "switched off" in allowing Stevan Jovetic the first goal, with the Montenegro international adding a second shortly after half-time.

Sergio Aguero then scored 23 seconds after coming on as a substitute, before Pablo Zabaleta conceded an own goal under pressure at the back post.