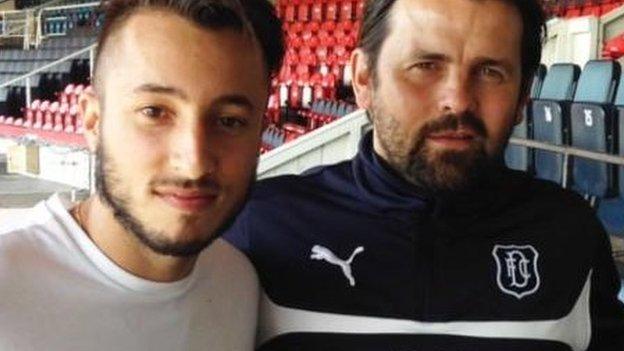 Dundee have signed Canada Under-20 attacking midfielder Dylan Carreiro after a successful trial.

The 19-year-old began his career with Toronto before joining Queens Park Rangers two years ago.

"He's had a good upbringing, where he's come from. We like what we have seen. He's got good potential, an attacking player who will work towards our first team."

Carreiro can play in midfield or in a more forward role.

"He's got something a bit different," Hartley told his club website. "He plays just off the front."

Carreiro, who played for Canada in the Concacaf Under-20 championship and last month captained his country in the Dale Farm Milk Cup, expressed his delight on Twitter.

"Happy to announce that I've signed with Dundee. Excited to be starting my new journey here," he said.

"He will be part of our building for the future.

"We are looking to add young players like Dylan who will be the bricks in the foundation of Dundee Football Club for many years to come."