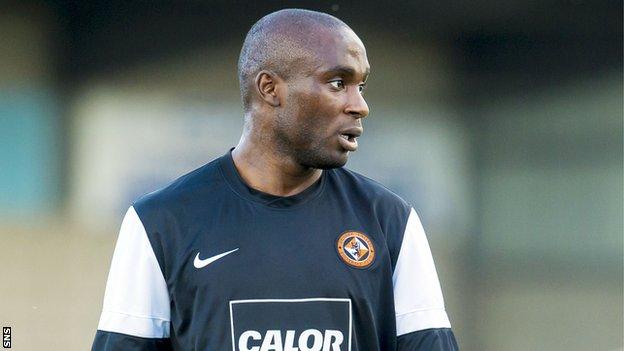 The 21-year-old has been at Tannadice since summer 2013 but has only made one first-team appearance as a substitute.

Englishman Oyenuga began his career with Spurs and had loan spells with MyPa in Finland, Bury and St Johnstone before being released.

He spent a season with Conference club Hayes and Yeading United before heading for Tannadice.

Oyenuga spent the second half of last season on loan to Conference South outfit Boreham Wood.

Now he has joined Jimmy Nicholl's Blue Brazil in the Scottish Championship until January and could make his debut in Tuesday's League Cup tie away to Falkirk.