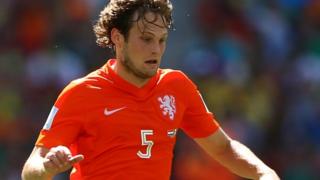 Nevin looks at how Van Gaal set up his Netherlands team during the 2014 Fifa World Cup, including the way prospective new signing Daley Blind operated in Brazil, and asks what the the coach's approach could mean for some of the players already at Old Trafford.