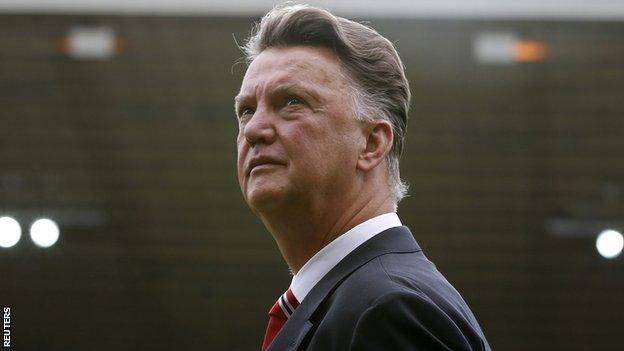 The 36-year-old striker scored only 12 goals in 60 games under Van Gaal at Bayern Munich before leaving in 2011.

"I didn't feel free. It was difficult for me to fulfil his expectations."

Talking to Germany's Die Ziet newspaper, Klose added: "He was asking me to make runs I just couldn't see - I gave it all I could, but sometimes it just wasn't enough."

Since taking over at United, Van Gaal has so far failed to record a Premier League victory in opening games against Swansea and Sunderland and crashed to a 4-0 Capital One Cup defeat to League One MK Dons.

After leaving Bayern for Italian side Lazio, Klose has scored 41 goals in 101 games in Italy and broken Gerd Muller's scoring record for his country on his way to winning the World Cup last month.

He also became the World Cup's record scorer by taking his career tally to 16 goals at his fourth tournament before announcing his international retirement.