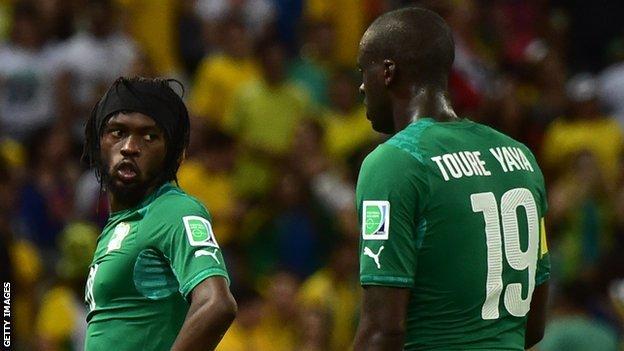 Ivory Coast will be disqualified from the 2015 Africa Cup of Nations if they forfeit their qualifier against Sierra Leone because of fears over Ebola.

The Ivorian government will not allow the match, which is scheduled for 6 September in Abidjan, to go ahead.

Ivory Coast said their options are "to relocate the game or forfeit".

But a Confederation of African Football spokesman told BBC Sport: "If a country forfeits one qualifier, they will be disqualified from the championship."

Sierra Leone is one of six nations with cases of Ebola and the Ivorian government is concerned the deadly virus could be brought into the country.

In an attempt to minimise any risk, Sierra Leone have named a squad of players based outside the country.

Caf had said on Thursday that as far it is was concerned the game would be played in Abidjan as scheduled.