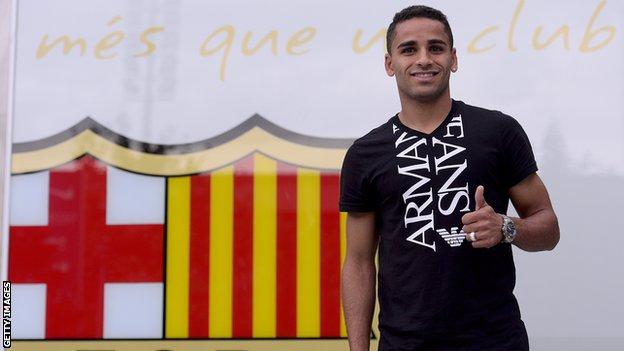 Barcelona have completed the transfer of Brazilian right-back Douglas Pereira from Sao Paulo for a fee up to £4.4m.

The 24-year-old, still to be capped by Brazil's senior side, has signed a five-year deal with the Spanish club.

"This is the pinnacle for me - this is everything I could wish for," he said. "I want to learn, because the game here is different to how we play in Brazil."

Barca agreed the deal on Wednesday and Douglas completed the transfer on Friday after passing a medical.

The Catalan giants will be unable to sign players until January 2016 once the current transfer window shuts, after world governing body Fifa rejected the club's appeal against a transfer ban.