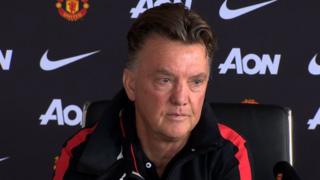 The Red Devils face Burnley at Turf Moor on Saturday, having won just one point from their opening two games.

Midfielder Angel Di Maria is set to make his debut after his £59.7m British transfer record signing from Real Madrid.