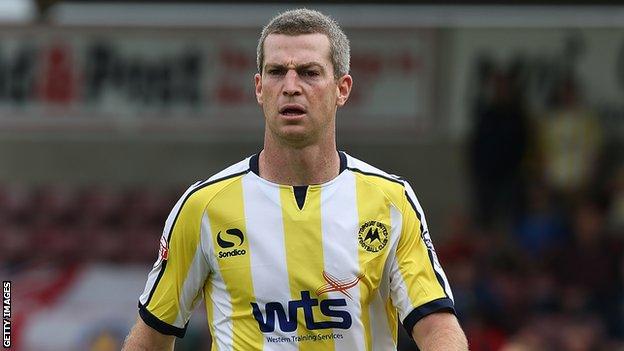 Luke Young struck a brace for Torquay as they beat 10-man Nuneaton to extend their unbeaten run to six matches.

Young opened the scoring with a strike from the edge of the area before he doubled the lead with a back-heel from Duane Ofori-Acheampong's cross.

Aaron Downes' header made it three before half-time and the rout was complete when Ryan Bowman slotted home Toby Ajala's deflected effort.

The visitors misery was compounded when Anton Brown was sent off late on.

The Gulls climb to ninth after their second consecutive league win while Nuneaton drop into the bottom four.

Much-travelled midfielder Lee Fowler made his Nuneaton debut after signing on non-contract terms from Welsh Premier side Cefn Druids the day before.

But the former Coventry City, Huddersfield Town, Wrexham and Kidderminster Harriers player was taken off at half-time when Boro were 3-0 down.