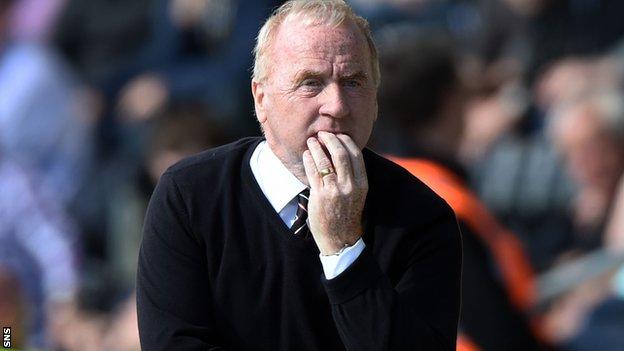 St Mirren manager Tommy Craig put on a brave face after watching his side lose for their fourth successive Premiership match 3-0 to Dundee United.

The Paisley side have yet to register a goal this season and Craig feels the team need to get past it if they are to pull themselves up the table.

"What is killing us is that we are not scoring goals," he said.

"Frankly, we are just not finding the back of the net just now and that is costing us."

The defeat leaves the Buddies languishing at the bottom of the Premiership table with no points, only marginally above beleaguered Ross County on goal difference.

Craig was adamant that as far as he is concerned his team are performing, but they need to begin to convert their opportunities.

"Other than scoring the lads are giving me everything," he said.

"People on the outside looking in might think we have lots of problems but if we keep playing the way we are we will eventually get some wins.

"It's not just the fault of the front players that we lost today, they are all part of a team."