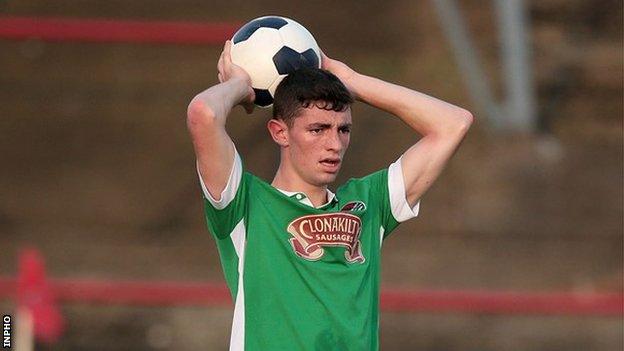 The 20-year-old right-back arrives at the KC Stadium on a three-year deal.

Lenihan, who can also play in midfield, made 21 League of Ireland appearances for Cork this season, and earned his first call-up to the Republic of Ireland Under-21s in May.

"It's a big step up for him coming here but he's a player we'll try to develop," said Hull boss Steve Bruce.

"He fits into our criteria of trying to find some very, very decent young players to bolster what we've already got here.

"He's one for the future. We've beaten off a lot of competition to get him and I'm very pleased about that."

Cork chairman Pat Lyons told his club's website: "We never want to see our best players depart, however we are pleased that we have reached what we believe to be a fair and reasonable agreement with Hull for his transfer."

Bruce also expects a club record deal for Uruguay and Palermo striker Abel Hernandez to be completed before the transfer window shuts on Monday.