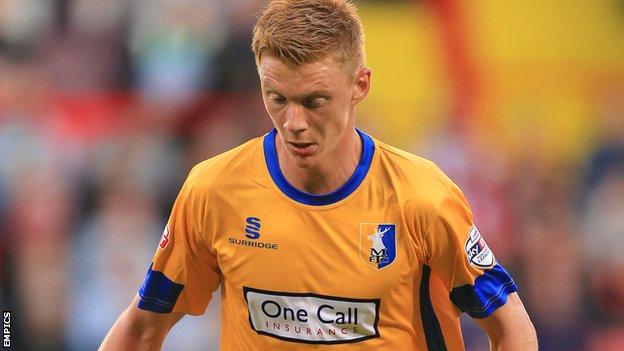 Forward Sam Clucas has joined League One side Chesterfield from Mansfield Town for an undisclosed fee.

The 23-year-old, who joined the Stags from Hereford in June 2013, has signed a two-and-a-half-year contract.

Clucas began his career in the Leicester City Academy but left at the age of 16 and spent time at Lincoln, without making a first-team appearance.