The Colombian striker's £6m switch, Daley Blind's £13.8m move to United and their sale of Danny Welbeck to Arsenal for £16m helped set the new landmark. 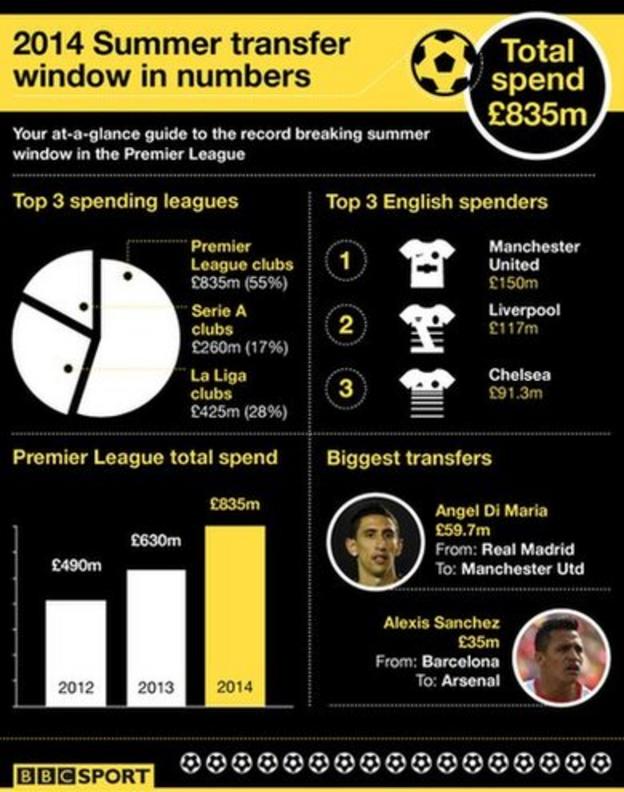 But earlier deals, such as United's £59.7m British record signing of Angel Di Maria, contributed to the record.

Financial analysts Deloitte said Louis van Gaal's near £150m spree was the highest gross transfer spend in a single window by any club.

On deadline day, most of the major transfers were announced after the 23:00 BST cut-off - with clubs given an hour's grace to finish deals they had started.

Falcao's surprise move was announced at 01:30 BST, 32 minutes after Welbeck's move was confirmed. Manchester City revealed Alvaro Negredo had been sent on loan to Valencia at 23:28 BST. 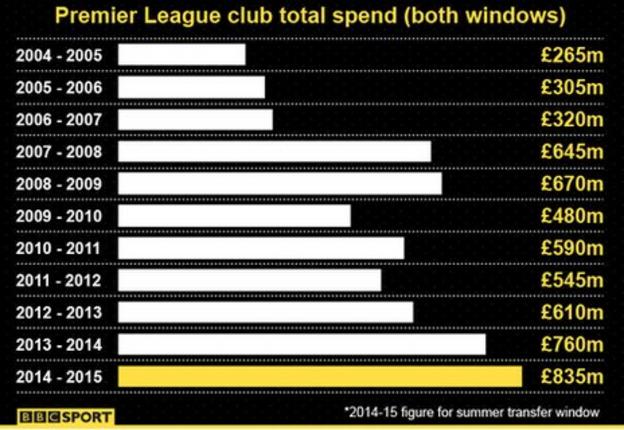 Premier League spending has been boosted by a £3bn television deal - 70% higher than the last contract - that is entering its second year.

The previous record of £630m - set last summer - was broken this year on 14 August, before a ball had been kicked in the Premier League.

Dan Jones, partner at Deloitte, said: "We continue to see the increased resources that Premier League clubs enjoy, as a result of improved broadcast deals, translate into investment in players.

"Last season the average Premier League club received over £25m more in central broadcast distributions than they did in 2012/13, which has helped fuel a new record spend this summer."

The top four sides last season all earned between £90m and £100m.

Three of the busiest clubs this summer did not sign players on deadline day.

Arsenal's signing of Welbeck took their summer transfers to £82m. Southampton's total was £74.9m, although they did sell £92m worth of players.