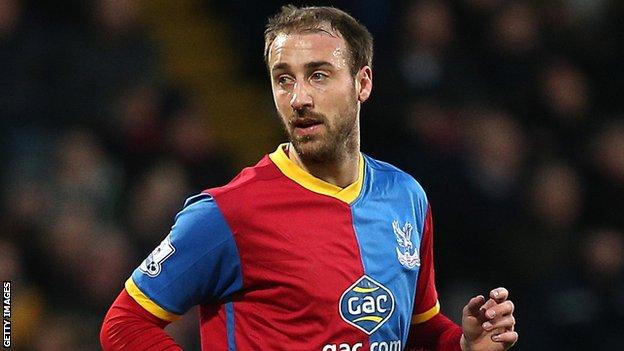 Murray, who began his career at Carlisle, joined Palace in May 2011 and was the Championship's top scorer with 30 to help them win promotion in 2013.

While at Carlisle the 30-year-old had loan spells at Stockport and Rochdale before moving to Spotland permanently.

The forward joined Brighton for £300,000 in January 2008 before his move to Palace but has left to play regular first-team football

Following his move the player tweeted that the loan deal was with a view to a permanent transfer.