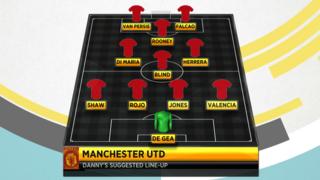 Neither commentator picked last season's £37m signing, Spaniard Juan Mata, with disagreement over whether United should play three or four at the back.

United's spending continued on deadline day with the £6m loan signing of Monaco's Colombia international Radamel Falcao and the completion of their £13.8m deal for Daley Blind from Ajax. 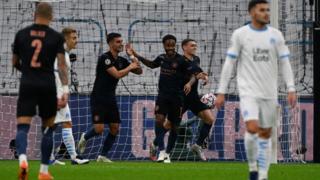