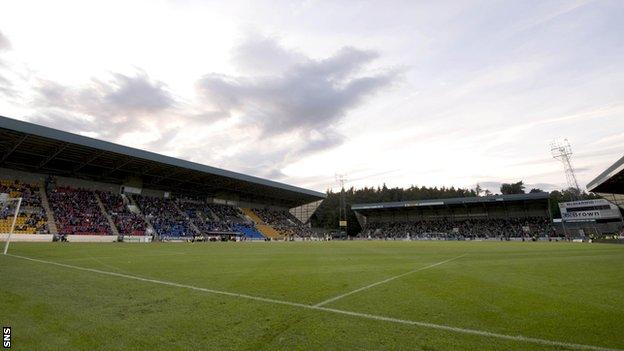 St Johnstone have asked Uefa for a copy of their written judgement after the Perth club were fined because a fan unveiled a Palestinian flag.

Saints were hit with a fine of almost £15,000 after a supporter flew the flag during the Europa League match against Spartak Trnava at McDiarmid Park.

The Perth club are considering whether to appeal what they feel is a disproportionate punishment.

Celtic and Irish club Dundalk have been fined for similar incidents.

Celtic have told BBC Scotland that they too have written to Uefa asking for the reasons for their fine, and say they will assess their next move after receiving the written judgement.

Celtic and St Johnstone were sanctioned for infringement of Article 16 (2) (e). The Uefa Disciplinary Regulations on Order and Security states: "All associations and clubs are liable for the following inappropriate behaviour on the part of their supporters and may be subject to disciplinary measures and directives.

"The use of gestures, words, objects or any other means to transmit any message that is not fit for a sports event, particularly messages that are of a political, ideological, religious or provocative nature will not be tolerated."

A St Johnstone spokesman said: "We've written to Uefa for the second time, having received no reply to our previous request last week for a written copy of the reasons for the judgement. Once we have that we will decide on our next course of action."