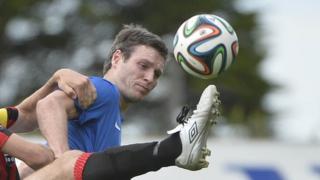 Both sides created openings in a close encounter with the Lurgan Blues forward volleying home the only goal.

Glenavon have moved up to fourth in the Irish Premiership standings while the Mallards are still without a win in the league.