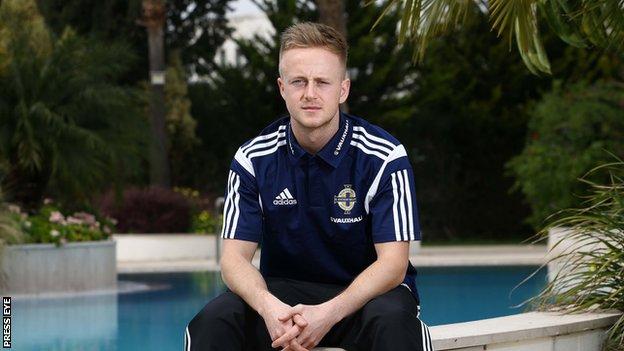 Ben Reeves and Alex Bruce have been forced to withdraw from the Northern Ireland squad for the European Championship qualifier against Hungary.

The uncapped Reeves misses Sunday's tie in Budapest with a hamstring injury.

The 22-year-old midfielder had hoped to make his debut after impressing in MK Dons' recent League Cup win over Manchester United.

Hull defender Alex Bruce has pulled out of manager Michael O'Neill's squad as his wife is due to give birth.