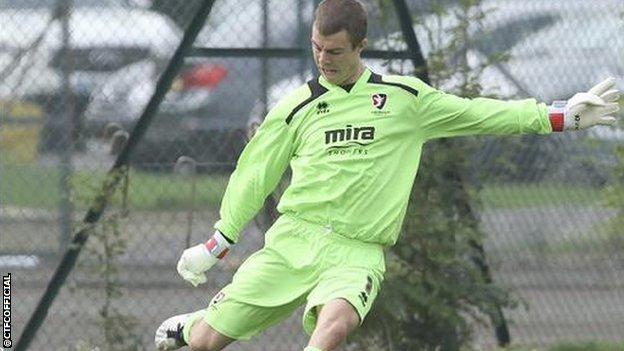 The 20-year-old is the grandson of former Wales boss Bobby Gould, who managed the Robins in 2003, and the son of former Celtic keeper, Jonathan.

Matthew has been playing in New Zealand and Australia, but opted to move to England to further his career.

He has been on trial in Cheltenham's reserve team and has now earned a full-time contract.

"He is a young goalkeeper desperate for a chance," said manager Mark Yates.

"We love his attitude because he wants to work. His attitude is refreshing and hopefully he can start to build himself a career."