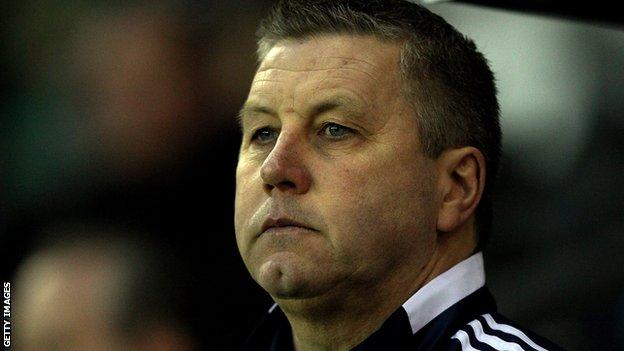 Geraint Williams' Wales Under-21 drew 2-2 in Finland, ending their chances of qualifying for the Euro 2015 finals.

Wales had to win to have any chance of progressing as a runner-up, but remain fourth in Group One with one game left.

Robin Lod put Finland ahead in the 19th minute before Bristol City's Wes Burns equalised midway through the second half.

The result means Williams' team have 11 points from nine games, 14 points behind leaders England who have beaten Wales twice this year.

Moldova are second with 16 points, while Finland sit third with 13 points.

Wales' final game of the campaign is away to Lithuania on 9 September.