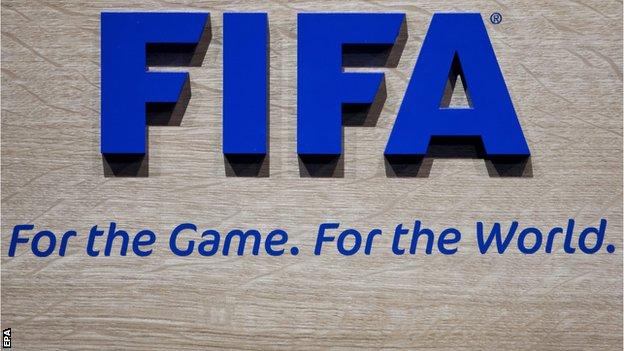 Fifa wants an explanation from a member of its financial watchdog who was arrested on suspicion of corruption and money-laundering in the Cayman Islands.

Canover Watson is one of eight members of Fifa's audit and compliance committee and a vice-president of the Caribbean Football Union.

He has denied the charges and has been released on bail.

Domenico Scala is the head of the committee and said he had asked Watson for details.

The allegations against Watson concern his time as head of the Cayman's Health Service Authority.

Under his bail terms he is scheduled to report back to police on 29 September.

"Once we have more information we will consider appropriate measures," said a Fifa statement.

The audit and compliance committee is in charge of ensuring the "completeness and reliability of the financial accounting" of world soccer's governing body.