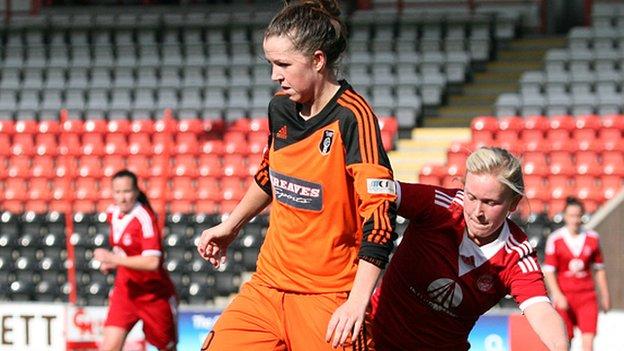 Second-place Rangers also won 4-0 against local rivals Celtic while Hibernian, who are third, beat Spartans by two goals to nil.

"We were slow to get into the game today," said Eddie Wolecki Black. "However we did go in at half-time 3-0 up and took our chances well.

"I thought second half we really controlled the game, passed the ball well and created a number of chances.

"It was pleasing to see Sue get back on the scoresheet after her injury absence and I am convinced she is only going to get better for what is a vital stage of the season for us."