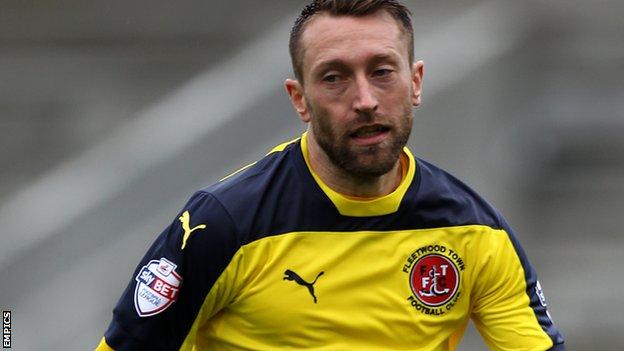 Josh Morris put the home side ahead, burying a shot from the edge of the area.

But City's Kieran Agard netted a brace either side of the interval before turning provider for Aaron Wilbraham.

Substitute Jamie Proctor's free header from inside the area pulled one back for the home side before Dobbie equalised 90 seconds from time.

The Cod Army had scored just once in their previous four games before Morris slotted in a ricochet after Danny Williams blocked on the line.

Agard poked in his first for the visitors after a superb cross from Joe Bryan and stabbed in a rebound off Chris Maxwell's leg for his second of the day.

City might have thought the turnaround was complete when Wilbraham converted Agard's header, but Fleetwood began their come-back through Proctor, who nodded in just a minute after coming on as a substitute.

Dobbie's late equaliser, an unstoppable curling effort from the centre of the box, ensured that City left frustrated, despite extending their unbeaten start in League One.

"Four points from six over the period of a week I think is pretty good.

"But we only played for a percentage in the first half and then in the second half, and if you don't play for longer in a game the chances are you will end up drawing.

"At the end of the day they showed really good spirit and came back and got a draw which, over the 90 minutes, they probably deserved.