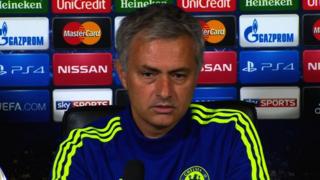 Hazard can get even better - Mourinho

Chelsea manager Jose Mourinho confirms the club are in talks with Eden Hazard over a contract extension and says he could develop into one of the best players in the world.

Despite his side sitting top of the Premier League table after winning all four of their games so far this season, Mourinho is refusing to get carried away and says the Blues are always looking to improve.

And, while he admits he wants to win the Champions League again, Mourinho insists he is focusing on getting out of the group stages as they prepare for their first match against Schalke.