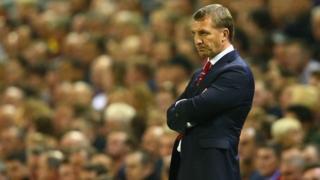 Reds a work in progress - Rodgers

All three goals were scored in the final 10 minutes of the match, with Mario Balotelli's opener cancelled out by Dani Abalo, before a stoppage-time penalty from Steven Gerrard gave the home side the win.

Rodgers admits his time are still a "work in progress" and feels they are not up to the standards of last season, but will get there in time.